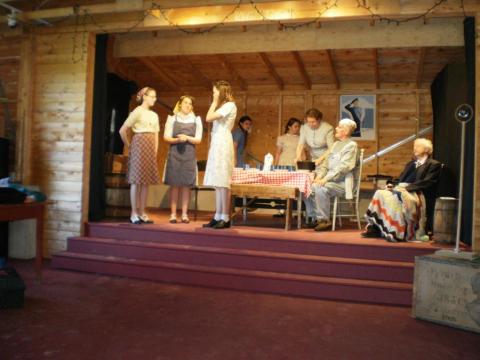 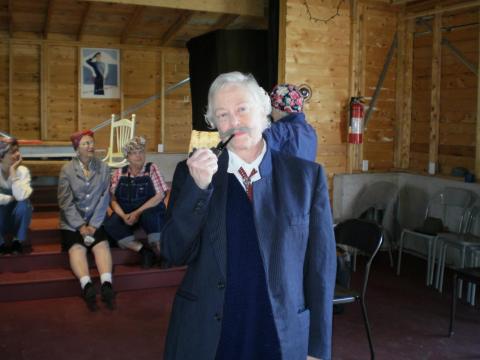 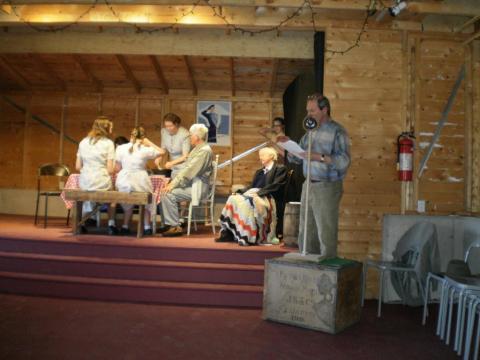 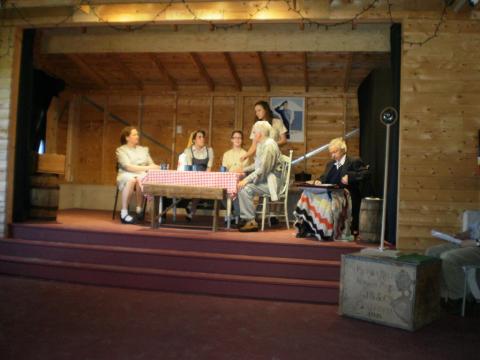 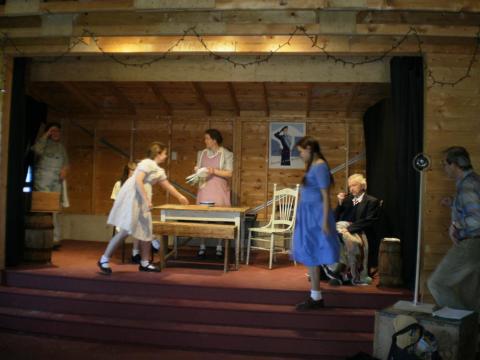 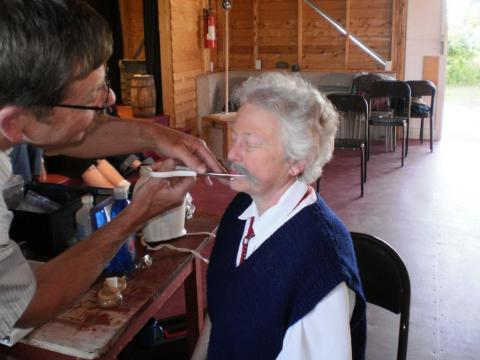 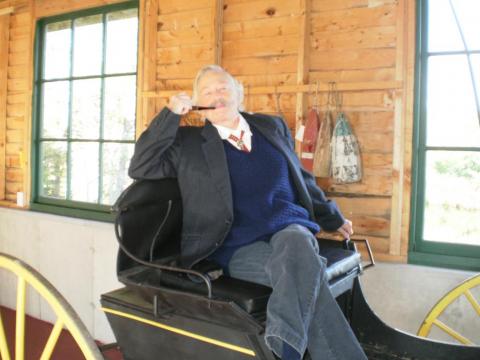 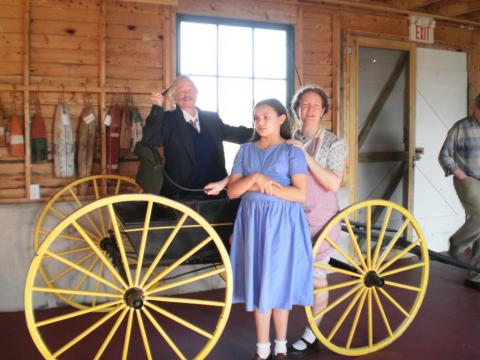 A light comedy sketch set in a 1942 farm kitchen.  Summed up nicely by Grandpa "World War One was s'posed to be the war to end all wars.  Yet 'ere we are slap bang in the middle of another one!"

Gerald, the farmer, is in a bad mood.  His wife Marjorie soon gets to the root of the problem.  He'd rather be fighting than farming, but he's too old to fight and was turned down.  She goes on to say "And besides, how are we supposed to carry on living if all our farmers desert their farms?  When this war's over, our young men will need a good country to come home to, not one that's been left to go fallow for too many years."  Gerald agrees, she's right, of course.  Later, he asks his two eldest daughters if they can help him at the weekend  He's surprised to learn they've arranged for 4 WVS women to come out and give him a hand.  "What no men?" Is all Gerald says.

During this sketch, the family also listen to the 5 o'clock News from Halifax.  Everything the Newsreader says actually happened in 1942, eg:  there was an NS Province-wide black-out test with some amusing mishaps; tyre manufacture for domestic vehicles was halted in Canada and the ferry SS Caribou was sunk in the Cabot Strait.