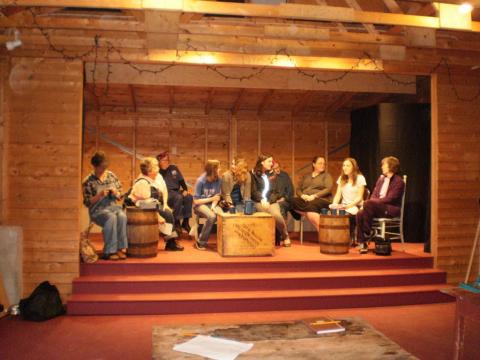 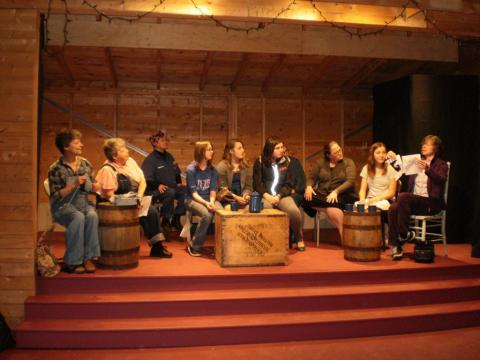 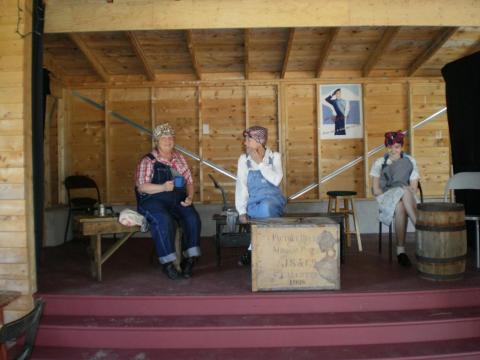 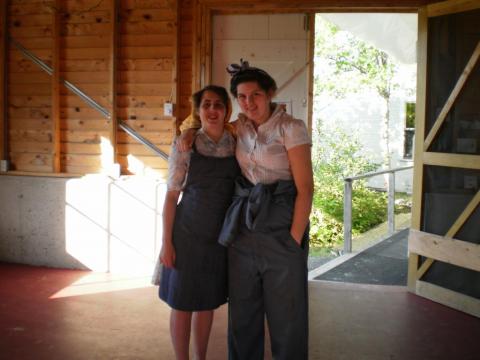 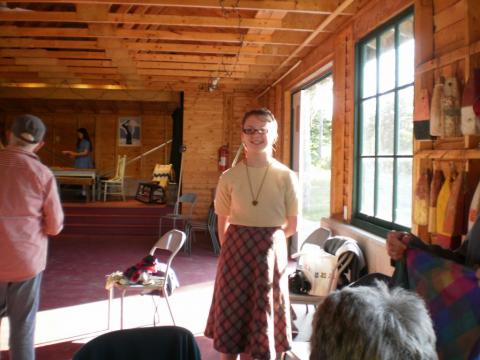 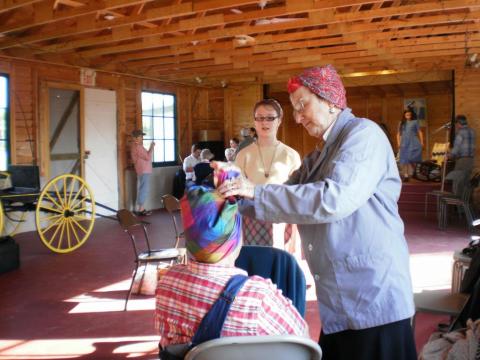 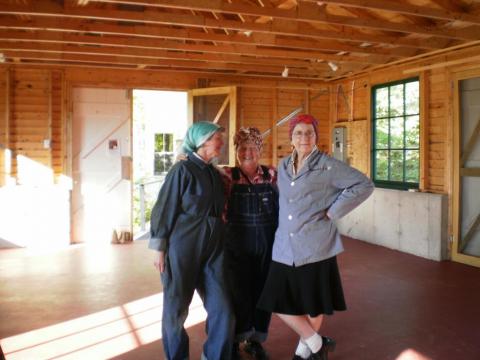 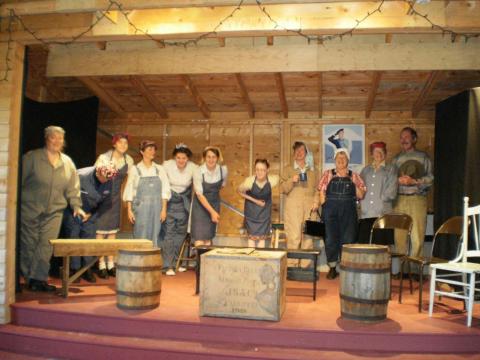 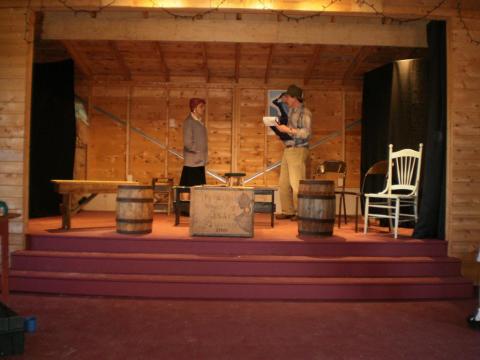 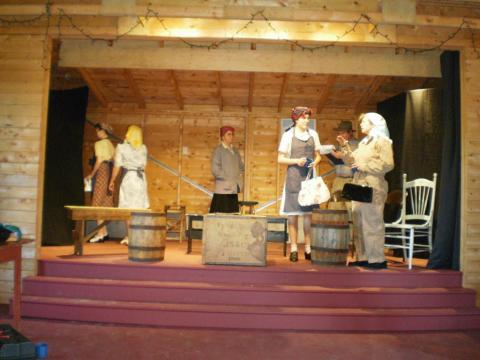 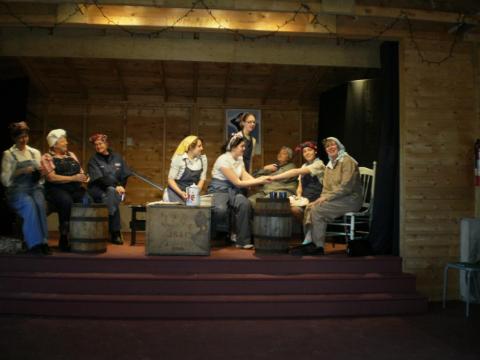 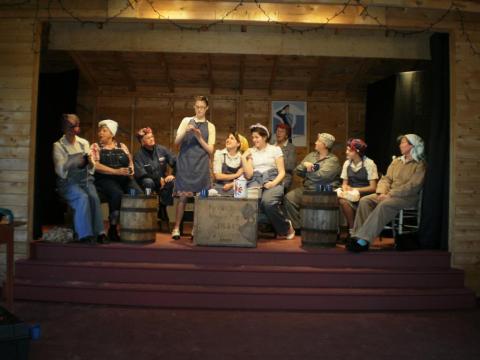 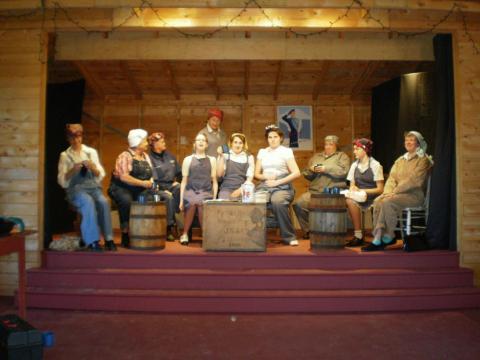 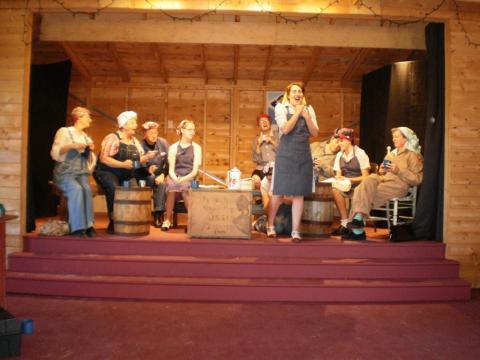 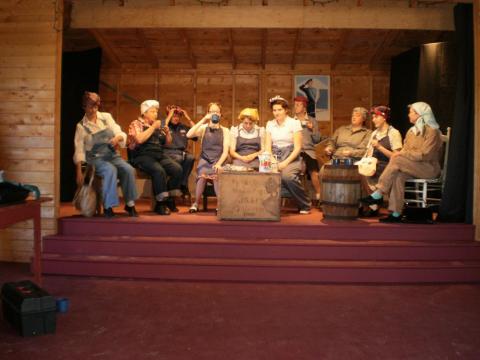 "ROLL UP YOUR SLEEVES FOR VICTORY"

This 15 minute light comedy sketch is set in a munitions factory back room where the ladies are having a coffee break.  The year is 1942 and World War 2 is in full swing.

It covers war rationing, censoring of letters and soldiers' rations.  May has baked some cookies, but because of war rationing, there aren't enough to go round.  Jean has a date with an American sailor and her friend Bev draws lines up the back of her legs to simulate stockings.  Bren has got engaged, but her fiance has just left Halifax to go and fight in the war.  His heavily censored letter is very confusing when he compares her to Canadian bacon.

The ladies fantasise about doing more glamorous work, like joining the Army or the Airforce.  But they know they are needed at home.  At the end of the sketch, this is stressed when the manager informs them they have a special order to assemble depth charges. "Apparently, the forces are gearing up for something big across the Atlantic."